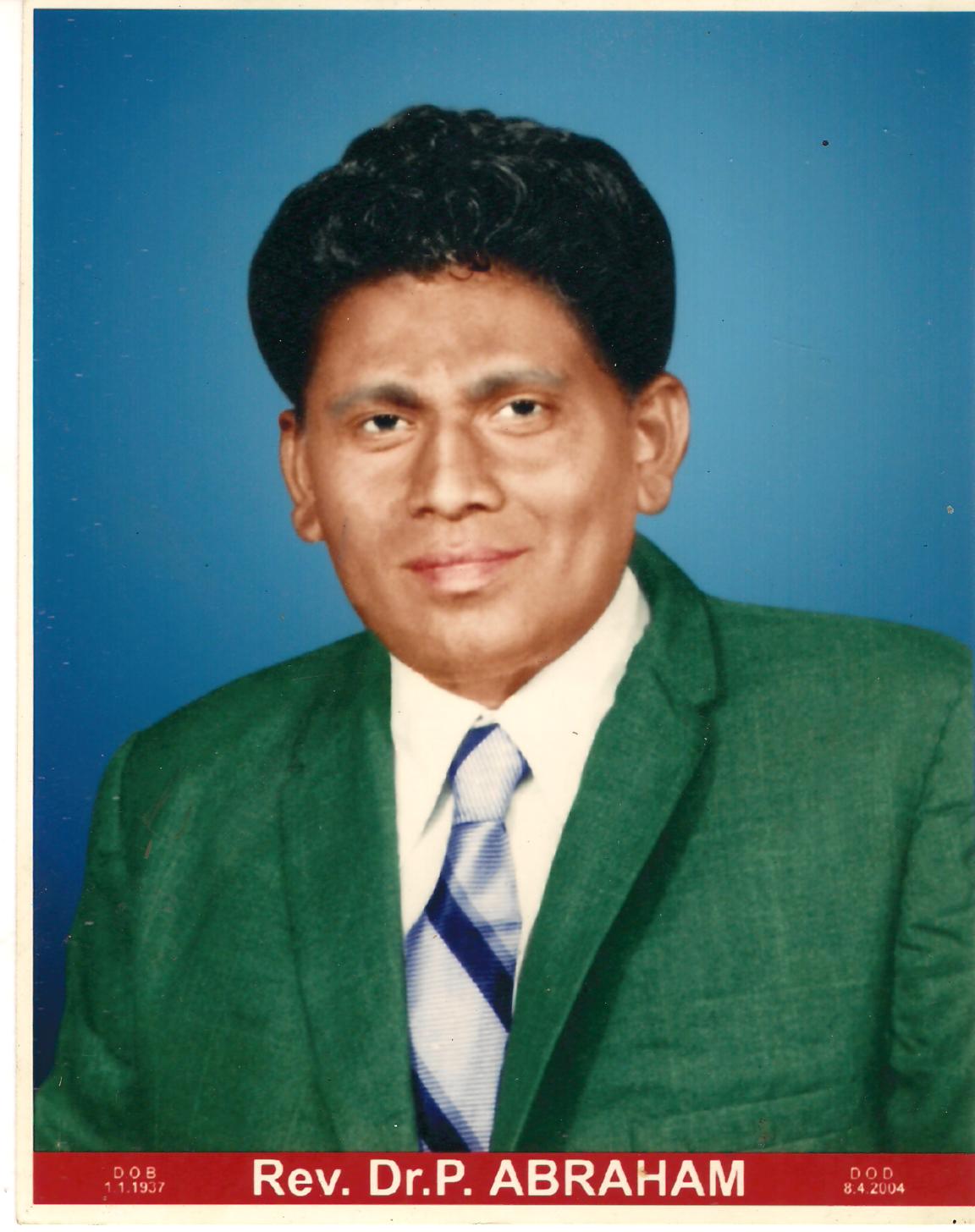 My father late Rev Dr.P.Abraham was born in a small village called Pedapulipaka,nearby Vijayawada city Andra Pradesh state India,he was born on 1-1-1937 both of his parents father pulipaka samson and mother Emaliyamma were small farmers,fore fathers bought Christianity to this region of Vijayawada,he was studied Theology and trained as a pastor in Canadian Baptist Mission (CBM) which is called c.b.c.n.c during 1965-1966 in kakinada .He was married to Kuchipudi Navaneetham worked as a teacher and as a Missionary in various villages of coastal Andhra pradesh state in South India.

After completing his Bible training,first he worked as a pastor in Ventrapragada village,during that time especially he worked among Hindu families and Muslim families and bought many people to Jesus,many of them believed in Jesus and Baptized and also he constructed many churches with the help of local congregations in this region.

After that he transfered to Canadian Baptist Mission Church in Akunuru,near Vuyyuru town under this parish there are 5 churches which he took care and built with the help of local congregation-apart from this some other families of Hindu community came to know the saving power of Jesus Christ.

While he was working as a pastor he had been visited several villages to reach the unreached by cycle some times he used to visit village by walk,these slum and sea coast villages were not having traveling facilities and he walked with bare foot in terrible hot roads on the sand,which caused him to have a several boils in his feet.Praise God he did not deny the God but sacrificially his life was dedicated for the sake of the Gospel.

My Father late Rev Dr Pulipaka Abraham was a well known Telugu Christian poet.He wrote and sang many Christian melodious songs in Telugu also he has done thousands of Christian weddings,in the Christian marriage he describes the bride and Bridegroom in his poetry, many people came to the Christian wedding to come to him. He attained Doctorate degree from Hebrew University,he did his thesis on Isralities.

He published a magazine called “Devokthi” which means word of God it was circulated among the Telugu people and got good reputation,thus he proclaimed the Gospel in Rural villages of India.

After he successfully completed his works in C.B.M he established his own Ministry named as Devokthi ministry while he was very much active in his own ministry,he got. Brain stroke and was passed away on April 8th 2004.

My Mother Navaneetham is working with me now in Devokthi ministries.